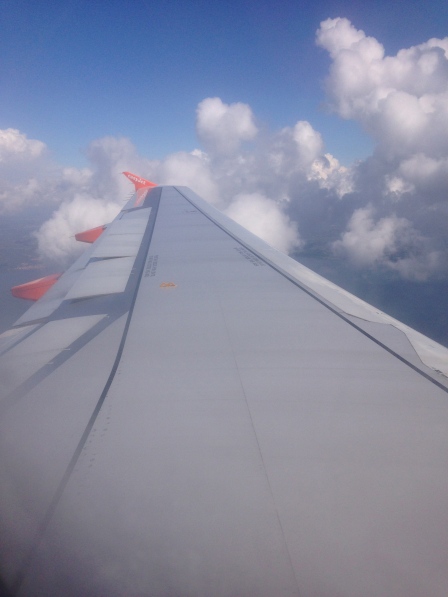 I LOVE that quote! It definitely speaks to the traveler in me. I flew easyJet roundtrip from Paris to Rome to cutdown on travel times and to maximize my stay at each location. I’d read several reviews about cheap airline travel around Europe primarily focusing on easyJet and Ryanair, with most reviews shedding a negative light on each airline. I opted for easyJet because there was a direct flight from Paris to Rome.

I purchased my flight about 2 weeks out and managed to get a ticket for a total of 186,50 EUR ($252.20 USD). Which seems pretty good to me considering the timing on my purchase. I could have gotten it even cheaper if I’d booked sooner, but since I was flying Space A to Germany I didn’t want to purchase a ticket too far out. I’d read somewhere that some people incurred surprise charges on the backend of their purchases, but the only fees that I saw were an aviation tax and an admin fee, which were included in the overall total. So everything was pretty cut and dry and there were no surprises.

Getting to ORLY airport in Paris was pretty simple and took about 1hr and 15min from the flat we rented off of AirBnB. You have to purchase a separate metro pass for the airport, which costs 11,30 EUR and the train stops at the South Terminal. Perfect, because this is also where the easyJet check-in is located. I arrived about 2 hours early in case of long lines at security. Since I’d checked in for the flight and printed out the boarding pass before getting to Paris. I opted to travel light and not check a bag, so I made my way through security and with my carry-on a proceeded to the assigned gate for my flight. 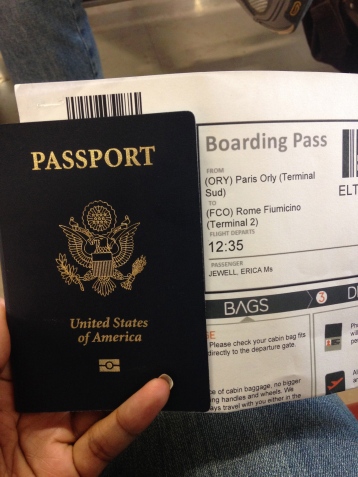 During boarding there were 2 lines; a speed line (for those who paid to board the aircraft first) and the regular line, and from there 2 lines were created for those sitting closer to the front of the aircraft and those sitting toward the back. Everything moved rather quickly and before I knew it we were ready to take off. The flight crew was awesome and very friendly, and of course multi-lingual to accommodate passengers.  I actually scored a pretty sweet deal and had a whole row to myself :) 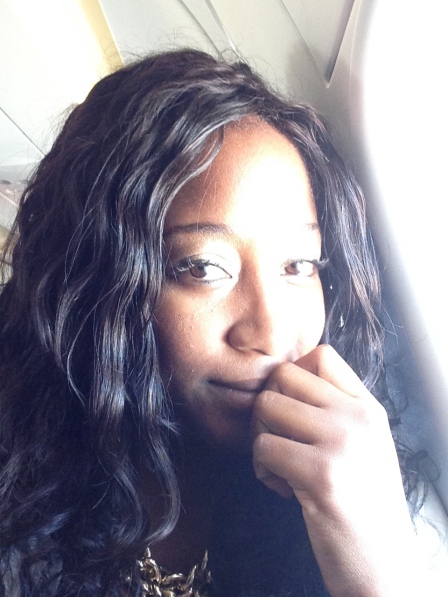 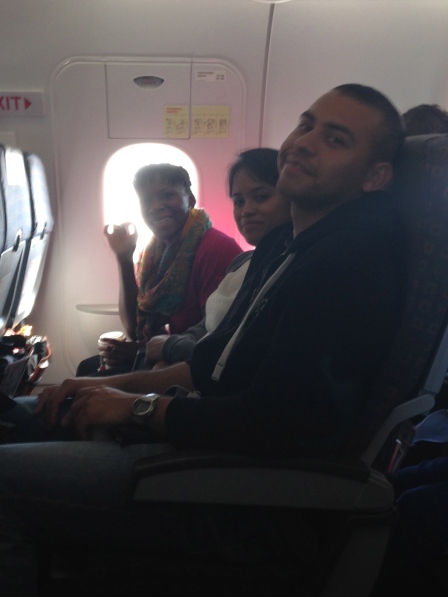 Food and beverage service came through the cabin which costs an additional fee, but they had lots of options like soup, sandwiches, salads, quinoa, candy, alcohol, and non-alcoholic beverages. I went with the Tomato/Mozzarella/Basil Panini combo with came with chips and water for 8,20 EUR since I knew once we touched down in Rome I planned to hit the ground running.

On the return trip there were a few options for getting to Fiumicino Airport:

Of course I went with the shuttle. Once at the airport and through security the terminal was provided, but there was a wait for the gate assignment. During boarding time everything went smoothly as it had the first time.

I would definitely flight easyJet if the opportunity to arise again. The service was great, the flight was easy, quick, and clean, and they have excellent deals on airfare even for last minute purchases.The biggest challenge for me was finding a bag small enough to use as my carry-on for the plane and large enough to fit 5 days worth of clothes.